2017: just a touch away from a futuristic now

The year 2017 has whizzed by so fast that it was only at the start of the year that Bitcoin (the crypto currency) went from 999 dollars a unit to over ten thousand - a record pace that pretty much sums up the the above statement.

The year has seen an energetic and intense pace that shifted through politics, technology, space travel, business, sport and entertainment - it wasn’t a boring year at all! It just got very difficult to keep track of what happened so we will be zipping through some notable points.

The Career spin - keep yourself grounded because we are about to go beyond the stars soon...

Years ago, becoming an astronaut was not just a futuristic concept, but a rather outlandish and out of this world idea. Today it is being developed as a tangible system paving the way for future travel, expeditions and fact-finding missions. It seems that an adventure on Mars is not that far away...

The Earth, as odd as it sounds, can now be viewed as a baseline or platform from which to launch missions but still needs to be maintained as a home and so keeping it safe is still a primary focal point..

Any career in politics. The global political system as we once knew it, has totally changed and perhaps what seemed like a robust sector had its layers peeled away revealing a raw fragility. Providing an open season of sorts for individuals in the sector to enter and leave high-profile political positions.

Unemployment: it is real and its only getting worse

Details from both the International Labour Organization (ILO) and The World Bank Group, showed unemployment in 2016 to stand at 199,4 million and estimated that in 2017 it would jump up by a further 1,1 million.

The anticipated hype of 2017 in terms of film and television series, simmered out quickly and didn’t shake much. HBO and Netflix provided the backbone of binge watching, however Thor: Ragnarok took the world by storm with its official teaser trailer. Yes, a teaser trailer that caught the eye of the planet but not by its content, but by its backing soundtrack. By using Led Zeppelin's Immigrant Song, the feature brought a tantalizing earful to a generation that perhaps didn’t even know of one of the famous bands of all time and even more so, politically touch a nerve on the current world issues...

Chester Bennington's death sent a shock wave that left a numbing feeling in most, as his voice powered a world of inspiration. Sadly, his death was part of an amalgamation of a large list of celebrity deaths within the year - which we will not morbidly exhume here.

Sport: a year of hopefully specials

Between the 25th and the 29th of August, Shai Hope of the West Indies cricket team gave the planet a glimpse of something special with twin hundreds in the second test match against England. It was a powerful standpoint that the sporting world hadn’t lost its moments of absolute class and sporting moments etched into history.

While we paused to remember former tennis champion Jana Novotná, we also took time to reflect on the dangers of extreme sport with the death of Daniel Hegarty. It was good to also understand that accidents off the track are just as severe as on the track as illustrated by the tragic loss of Nicky Hayden. 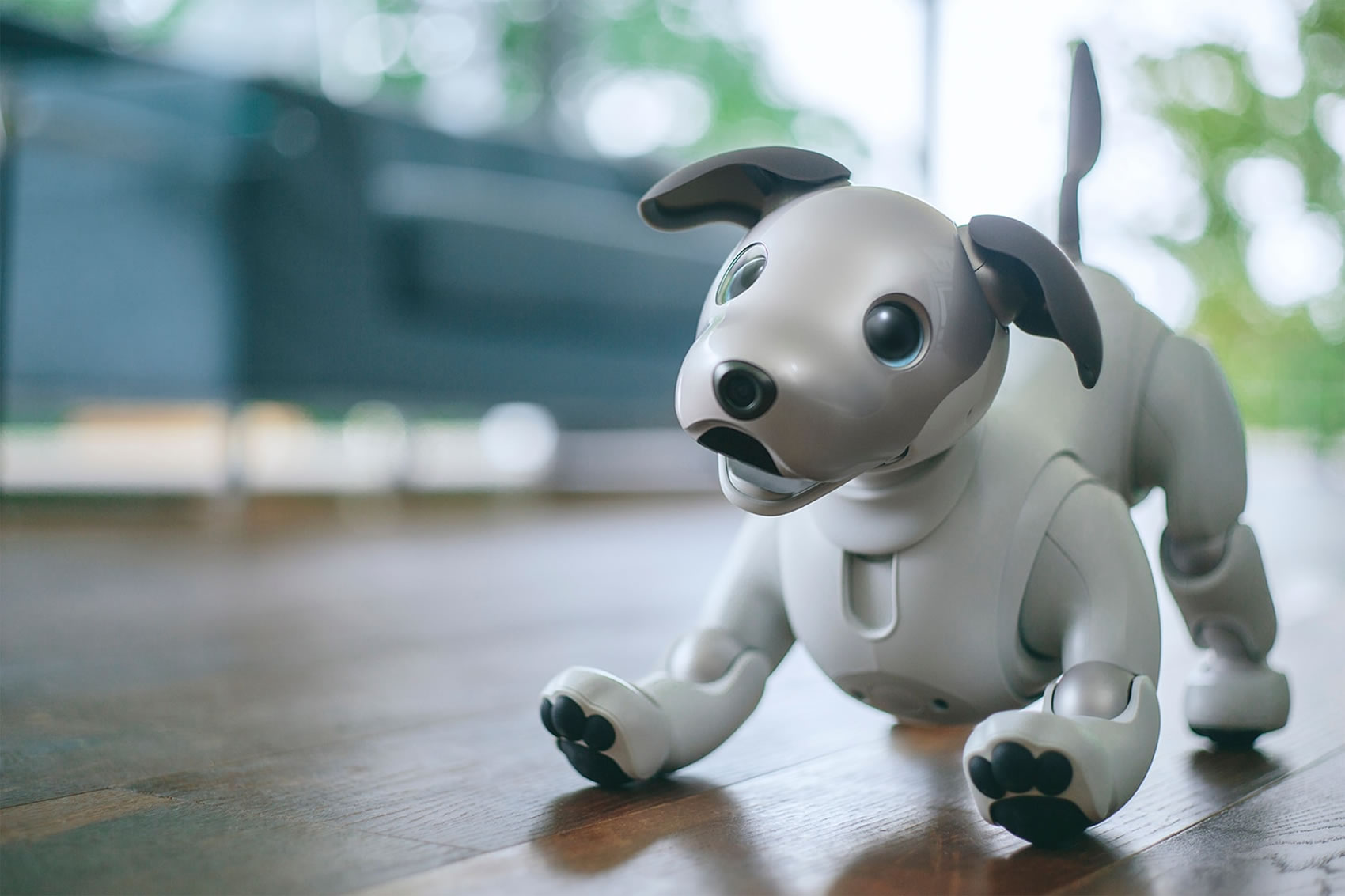 Whilst the world's technology companies raced to see who could get to Mars and back. Sony rebooted its Aibo robot dog - bringing home the future once again.

The USA has become the global sound board for what can only be classified as an epidemic in terms of student debt. Between countries that offer free education, high quality learning facilities and paid for systems, the balance of student financial management has become so stressful that the calibre of graduate and working individuals being churned out the system is under dire pressure. As the USA sits above the Trillion Dollar mark in student debt, one can’t help but think that if a substantial solution is not put into place to help develop a better global education market, the future of higher education looks like a monstrous black hole!

What to expect in 2018 - The Next Generation Individual

How the world's ‘short game’ is currently crippling a long-term future...

Every year the OriginalSteps.com team tries to put forward a path way of sorts into what could be exciting and genuinely awesome for the year on the horizon. And it seems that fixing current problems and not considering a deeper future is what the planet has positioned itself for. No better example of this can be seen by the characteristics of Global Warming – the signals that where alarmed decades ago that are now beginning to come to light.
Check out NASA: Climate Change and Global Warming and Sky Ocean Rescue.

So, this year we would like to initiate a year of change - pushing for stronger education systems and hardened career paths while looking after the environment to sustain the lives of the future inhabitants. Pushing for the next generation of individual...

In need of a genuine shake up -

Global education systems are in a desperate need of being able to cater for an affordable education system. It is about setting up a system to breed a top talent pool. Enabling the creation of a more available and accessible world-class education to the planets future generation. Changes of such, sit strongly with national education divisions and governmental departments, so this will take some time to motion.

Films worth the anticipation...

Spider-Man: Into the Spider-Verse and the Steven Spielberg directed Ready Player One.

Spider-Man: Into the Spider-Verse © Sony Pictures

The creation of jobs and skilling individuals into long term career paths is not as easy as it sounds. With AI on the up and galactic career opportunities a buzz with futuristic noise, individuals need to adapt themselves dynamically to a changing career market. With all the new opportunities to arise mainly from new technology: from AI, cryptocurrency, space travel and social media driven careers and politics, the new year is nothing shy of excitement and adventure – see you there! 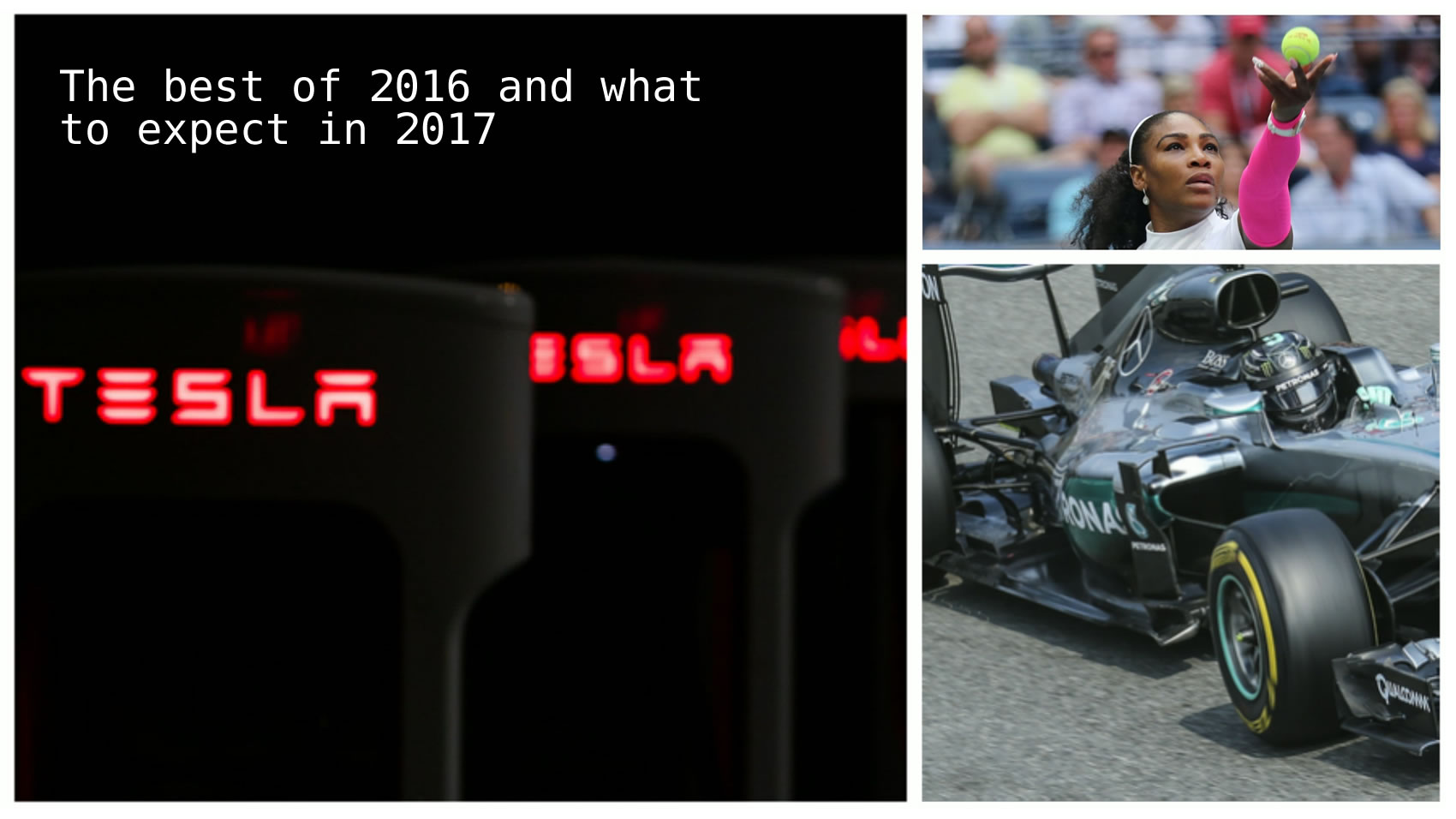 A year in review - an OriginalSteps.com feature

One can safely deduce that people from here to Mars have something to say about the outgoing year 2016 - mostly bad things unfortunately. However such a bleak outlook is quite inconsiderate considering people, and actual human-beings where conceived and born within this year! These individuals might even end up becoming the next generation of superhero's the world has longed for.

However right now it feels like the world could use some superhuman strength to power through to 2017.

Bringing the real world to students 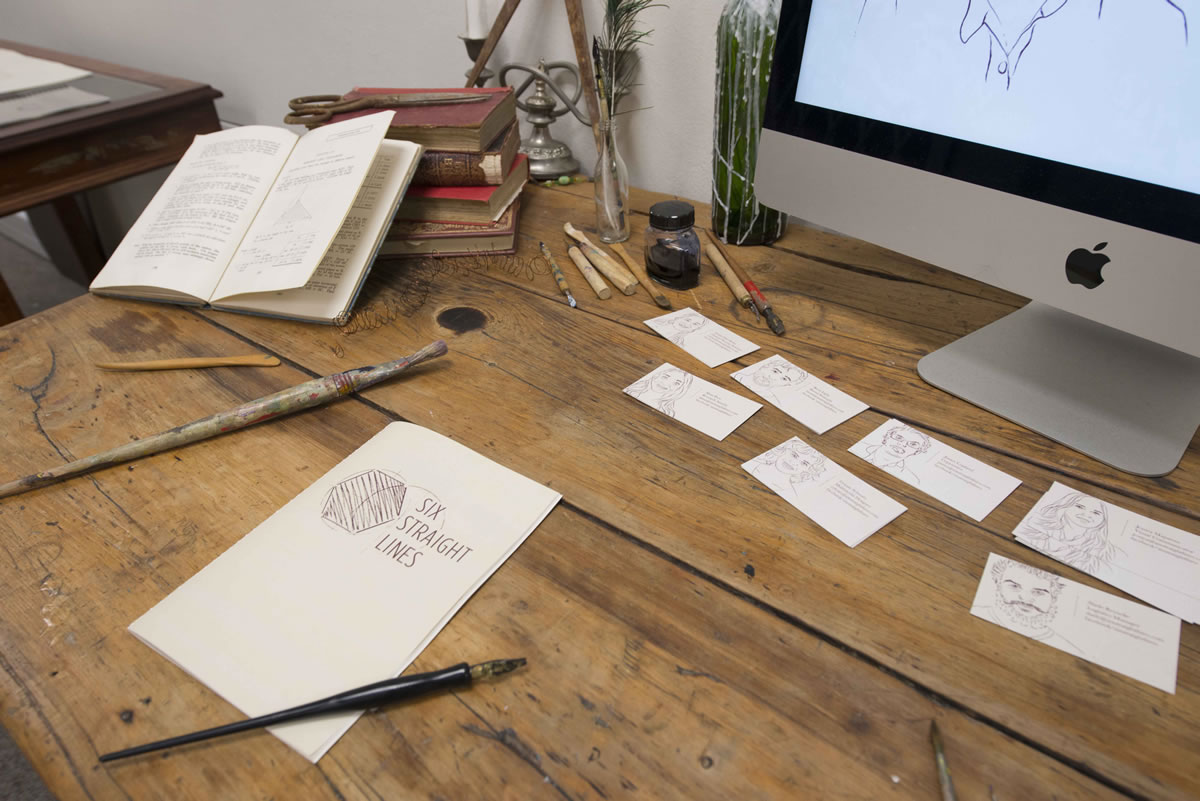 “Vega evolves from training studios and lecture rooms to an experimental space existing of simulated consultancies. The consultancy teams are dedicated to their Brand Challenge 24/7 for a full period of 6 weeks in the months of August and September of every academic year,” says Dr Carla Enslin, Academic Head of The IIE, Vega School of Brand Leadership.

In a follow-up to the FirstStep.me interview with Dr Carla Enslin, FirstStep.me spoke to her about the Vega Grant Fund. The grant, like most student funds, is there to provide deserving students the financial support they need to pursue their studies at Vega. 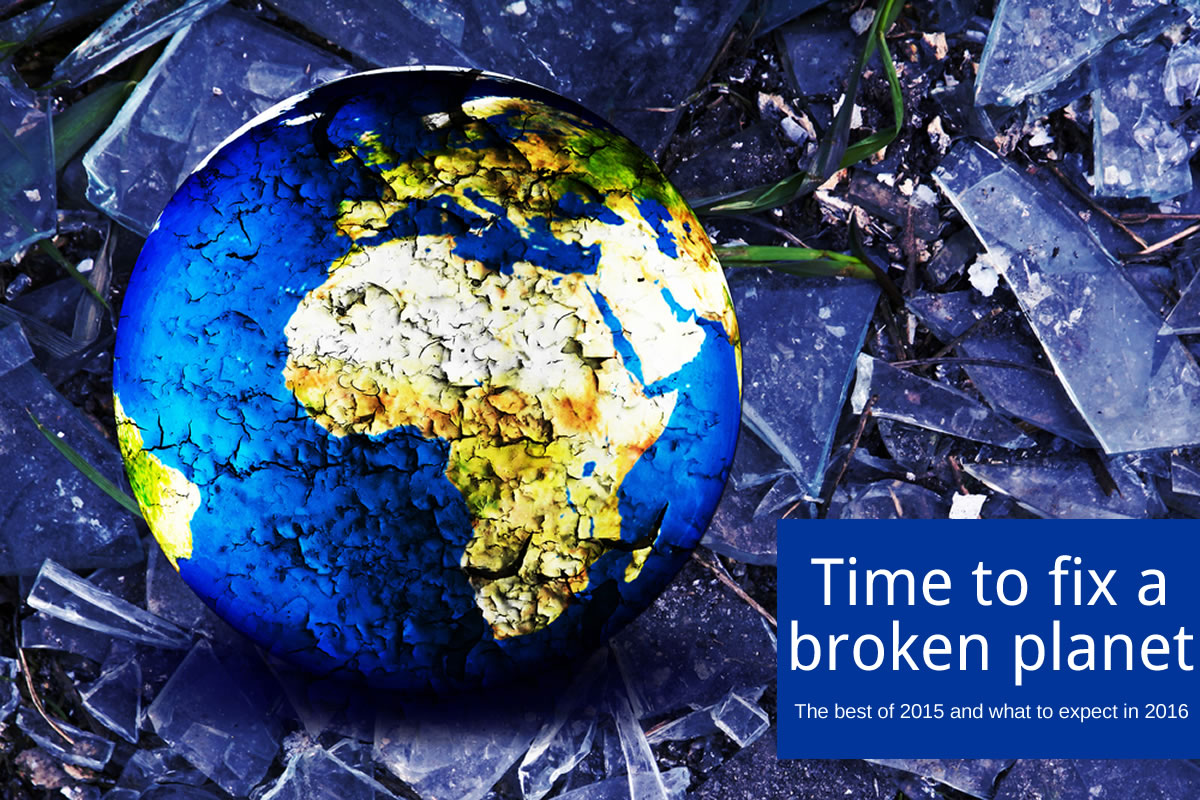 The best of 2015 and what to expect in 2016 - Image Source: ShutterStock, Inc Image credit and Copyright: DGDESIGN

When John Nash, famously portrayed by Russell Crowe in A Beautiful Mind, died in a car crash in May 2015, there was a shiver that began to ripple around the world. A shiver that turned into a cold chill. A coldness that showed the cracks and slowly the world began to break into pieces.

The world is broken and there is no John Nash to fix it with a master equation. As a population we have a lot of work to do to fix it. So let’s get to it shall we!

With over a trillion Dollars worth of student debt in the USA plus a global youth unemployment rate of 73 million individuals (ref. International Labour Organization). Wait that's a big equation, one of the world’s largest economies is riddled with student debt and the worlds youth are struggling to be employed.

Read more: The world is broken and we need to fix it - trying to solve the impossible by doing the possible

If you want to be the best then you have to learn from the best....

The Stellenbosch Rugby Academy had two epic days and we mean epic. When a number of their players from the academy got the opportunity to go head to head with South Africa's best. The South African Springboks training session at the Cape Town Stadium presented an opportunity for the rugby students from SRA to rub shoulders, train with and meet the stars of the Springbok Rugby team.